It’s Superbowl Sunday and we are headed to Coolidge to watch the Superbowl with my son and his wife. Gus has on his shorts, which he insists on wearing every weekend regardless of the weather, which is getting colder as a storm front moves in. He also has his Giants sweatshirt and Giants baseball cap on. He is ready for the game. However, my plan is to stop in Casa Grande on the way to see a bird reported on the Tucson Audubon’s Rare Bird Alert. It’s been at this location since last October and I am finally getting around to seeing it.

Casa Grande is an hour and fifteen minutes north of us and about 20 minutes west of where my son lives. It is about 2:15 p.m. when we pass the exit we would normally take to go to our son’s house, and Gus is getting anxious. He wants to be there by 3:30. We should have left earlier, but I am really bad at time management and so we left a bit later than I hoped for. Still, I reassure him and we press on. We follow the directions and park our car in the rain soaked dirt parking area at the north side of the Dave White Golf Course. As we pull in we notice other birders just walking off the course with cameras and spotting scopes. “Is it here,” we ask? “Yes. It’s in the pond on the left,” they reply. At first they think Gus is wearing a disguise, for they didn’t think real birders would be concerned with the Superbowl, but then we explain that Gus is the football fan and the photographer, while I am the avid birder. These people are visiting from Utah, but we never asked if they came all this way just to see this bird, or if they happened to be here for the winter, like so many others are as snowbirds.


And so we walk quietly up to the pond on a paved golf cart path between two ponds. Ahead of us a large flock of coots rests on the bank between the two ponds. As we draw closer they take to the water. We still haven’t seen the bird. While Gus continues around the pond edge I scan the shoreline desperately. And then I see it! It’s much smaller than I thought it would be, but there it is walking along the edge searching the shoreline, body tilted forward, long gray legs lifting spidery toes. 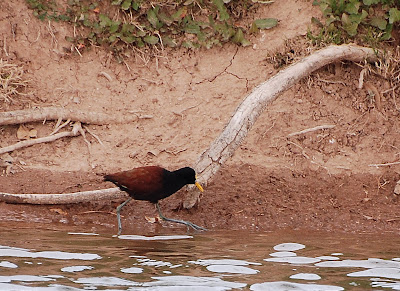 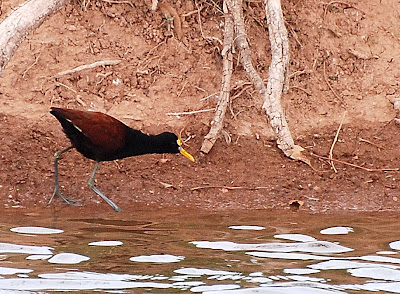 The eyes are hard to see in the dark face and the body appears to be wingless, but the bright yellow beak and helmet are clearly visible, and then the bird takes wing…. 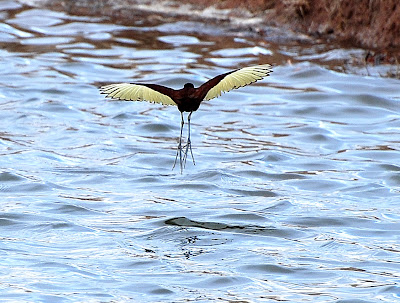 What is it? A Northern jacana of course and a life bird for me! 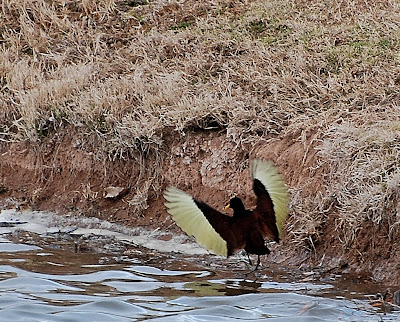 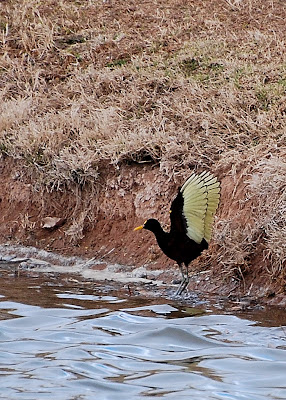 Gus snaps off several pictures. He is relentless and I have to call him off. I don’t want to stress the bird. I read on another blog where a barred owl that crossed into Maine had to be taken into rehab due to malnutrition caused by over eager birders stressing the bird out. 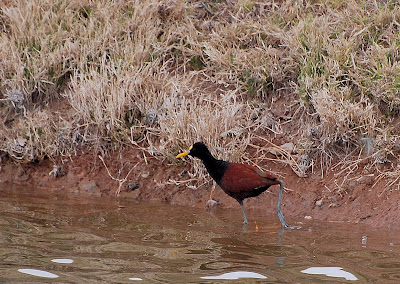 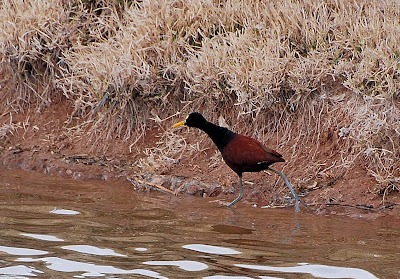 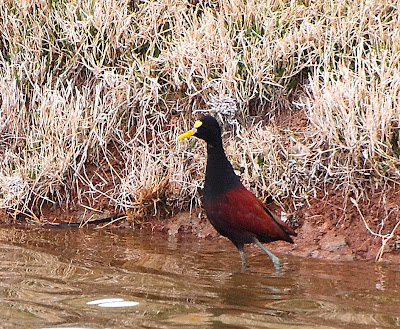 In the flock of coots is an immature snow goose, another addition to my life list. I should have come here 4 days ago. I would have beaten Larry from the Brownstone Birding Blog, or at least tied him for our Big January Bird Count! 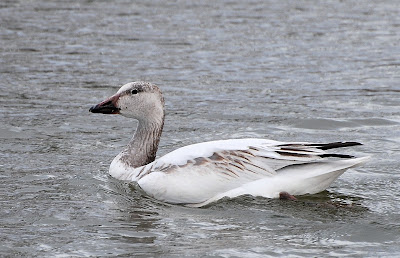 On the way back to the car a killdeer landed in a nearby puddle. Gus got some nice pictures of it also. 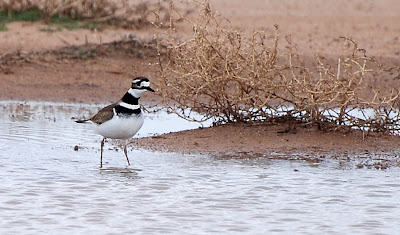 We drove over the mountain to Coolidge and arrive for the Superbowl in plenty of time. During the first half of the game I go for a walk around the neighborhood once again looking for birds. It is a cold and windy evening but I see a magnificent male harrier flying right over my son’s street. Other than that, blackbirds, mourning doves and great-tailed grackles rule the town. Their raucous chatter and the sharp whistles of the grackles could be heard all over the place. As dusk comes on the doves cooed to the night from their roosts. In a pile of brush someone set out near the road a flock of white-crown sparrows hops among the branches. I hope they don’t get too settled. The pile will be gone in a couple of days I’m sure.

When I return I watched the second half of the game with my family. My son and husband are loyal Giants fans. I watch them holler and jump with excitement. My daughter-in-law is a Patriots fan. She is rather quiet. It is an exciting end to the game. In case you didn’t hear, the Giants won, though I don’t remember what the score was. I am still thinking of the Superbird I saw on Superbowl Sunday. 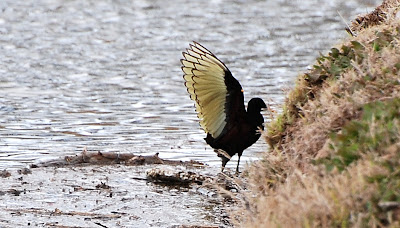 Truly a Super Bird! I wonder if one will ever make its way up to PA? Now that would be even more amazing than the Giants win!
Vern

Pa-birder, how nice to hear from you! It would be more amazing than a Giants win! You let me know if that ever happens! Thanks for stopping by!

What a cool bird! Gus's excellent pictures gave me terrific views and a chance to check out lots of field marks.

What beautiful pictures. So good to hear from you on my blog, yes I have read Louise Dickinson Rich--she's my hero! I'll enjoy following your birding adventures in the southwest.
Beth

What a cool (and funny lookin') bird! (jacana)

Wow! What a great bird! I may have seen more species in January but you had better photos and blog posts.-I have a feeling if we play the same listing game next year-my goose wil be cooked so to speak.

Beth, so glad you stopped by! I'm glad to find a fellow Louise lover! She's such a character! I'll enjoy watching your birding adventures in Maine. Larry is my window on CT, and now you can keep me abreast of what's going on in Maine! Thanks!

Amy. Always nice to hear from you. I'll have to stop by and catch up on my favorite Twelve Acres!

Larry, you'd better find some awesome birding locations cause you are on! I'm gearing up for the Great Backyard Bird Count now.