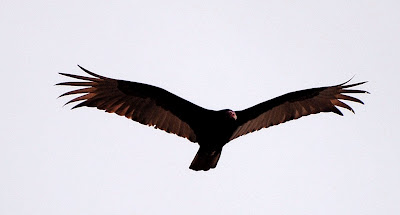 So, if you are wondering why you haven't heard from me all week its because of 2 stupid things I did.

Number 1 stupid thing: Gus and I decided to plant our new Palo Verde tree ourselves. It really wanted to get its feet into the ground. I could hear it calling to me. It had been in that box for so long. It needed to stretch its roots and grow. Since we won't be putting the backyard plants in for awhile we decided to try to plant it ourselves. Well, Gus dug the hole which was only possible after softening this hard caliche with water, and then we got a hand truck and moved the tree into place before removing the wooden box surrounding the rootball. Still, that dang tree was heavy and I strained my lower back. But, it didn't keep me down. I still went birding on Tuesday. It was stupid thing Number Two that really did me in and knocked me out for the rest of the week.

Stupid Thing Number Two: On the morning of the birding expedition and pumpkin pancakes I decided to eat some yogurt early before we went on our walk. I staggered out to the kitchen in the predawn darkness and opened the fridge. I reached in and ripped off a yogurt cup from one of those six-packs with the foil tops. I set it on the counter and got out a spoon, then went to open it. That's funny, I thought, this opened awfully easy. I second guessed myself. Did I already open this? I looked inside. It didn't look bad. A little dry maybe, but it still didn't look bad. I was still waking up and in a hurry, so I ate it.

Well, while we were out birding I started to feel achy all over. By the time we came home, ate pumpkin pancakes and the women left, I was feeling worse. I sat at the computer that afternoon fighting off the all-over aches. By the time I posted my blog and took Blossom for her evening walk, I was in a bad way. Every joint in my body ached. It hurt to move. I shuffled around the block like a 90 year old woman. I spent the rest of the week in bed sleeping, sweating, freezing. I felt like vulture food. I never got an upset stomach, but the aches and fever left me weak and lethargic. It wasn't until Thursday night when Gus came home late from work and decided that he would like some yogurt that we discovered that all the other yogurts in the six-pack were also not sealed. It was then I put 2 and 2 together and realized I may have poisoned myself! Great! Lesson learned: Don't Eat Unsealed Yogurt!

I am still recovering. I am not a person inclined to go to the doctor, so I use homeopathic remedies to treat myself. It all goes along with my philosophy of letting nature cure you. In a nutshell, homeopathy stimulates your own immune system to heal itself. So, I am on the mend and back to Blogging and the vultures will just have to wait to pick at my bones! 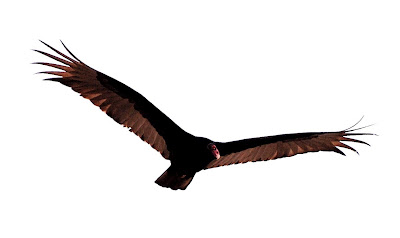 By the way, I shot these photos last week on Wednesday when it was cloudy and gray. This vulture just happened to fly right over the backyard when I was out there with my camera. I was waiting for an opportunity to write a Blogpost about it. Who knew it would be this one!
Posted by Kathie Brown at 8:03 AM

Wow! That was quite a story. I hope you are feeling much better soon. The Turkey Vulture 'touch' was very cute!!

Hope you have a speedy recovery Kathie.

By the way did that vulture know something you didn't. (About the bad Yogurt)
Was that a 'recce' flight over you??

I agree, Turkey vultures and a near death experience are inseparable. Who unsealed the yogurt? How do you tell when yogurt is bad? Very entertaining post - some of my funniest stuff came to fruition after just such experiences. Glad you are on the mend.

I'm been away too long, too!

First, I love the landscaping finished product. It looks wonderful and I know you'll fill it with some exotic greenery. Wow.

I'm sorry you strained yourself. Sometimes we do stupid things when we're excited :o)

I have a yogurt a day :o/ And I will be careful. Glad you are on the mend and the vultures can now coast away!

Oh dear, I'm so sorry to hear you're so sick! I wondered where you went. I sure hope you are feeling better soon and that you didn't ingest anything dangerous. Did you report the opened yogurt to the store?

P.S. Great vulture photos! I startled one of this species in our windbreak and as it flew up it dropped a primary feather. I gave it to my son who keeps it in his room like a trophy. It's easily one foot long.

Turkey vultures have been arriving back here in the Midwest of late. I'll have to keep a close eye on my yogurt.

Jalynn01, I had fun tying all of it together but I really did feel like vulture food, especially Tuesday night and Wednesday! Thank you!

Roy, I am feeling much better, thank you. It sure looks like that vulture was doing recon on me, doesn't it. I snapped off at least a dozen photos. He flew fairly low over the house. Since it was overcast, the skies look gray and dreay, like the vulture. Sort of appropriate, I think. Thank you for your well wishes.

Tex, I think we purchased the yougurt unsealed from the store. Maybe someone dropped it and it burst open. We still have it in the fridge. I have yet to return it as town is so far away and gas is so expensive! I don't know how you tell if it is bad and there's no way to prove that the yogurt made me sick. It could have been a coincidence, but then again...

Mary, I love your new picture! You look great! Thank you for your kind thoughts. No vultures lurking today!

Wow, Amy, that is quite a treasure. I know vultures are ugly but I love to see them soar, and they do perform a neceesary function. Better them than me!

Doug, Glad they are back with you. I never realized until lately that they migrated south for the winter. Details, details. I'm paying more and more attention to nature every day. I used to just experience it, now I focus on what and why it makes me feel the way it does. I pay attention to the details. All of you are encouraging me in this. Writing my Blog challenges me to learn more and more.

I'm sorry you were sick! I've had food poisoning before and it's no fun! I hope you're feeling better now.

I hope you feel better now, congratulations on the grandbaby and love the vulture photos...sorry I kinda mixed up all your posts in one comment...and I love the poem too and the recipe!!! I covered all your posts!!

Sandpiper, I'm still on the mend and wondering if it was food poisoning. Perhaps the flu or valley fever? If this fever lingers much longer I'll have to break down and go to the doc. I am feeling better though, just tired and still not quite myself.

Ocean, nice to hear from you again. Has the weather cleared up so you can get back out to the ocean?

Glad you survived the food poisoning.-That is no joke-my cousing got it on a fishing trip from undercooked chicken that he carried in his pocket all day before eating it.-He was considering going to the hospital on one of the days.