A Few New Birds and a Few New Photos

What’s Been Happening at the Feeders? 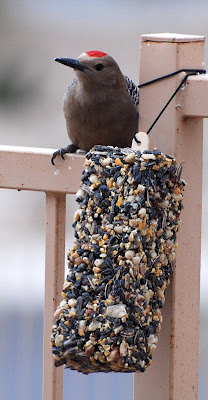 The Gilas must be hungry, for I’m watching five of them outside the den window right now. I’ve put up a new “woodpecker bar” last week and within 30 seconds a Gila woodpecker was pecking. 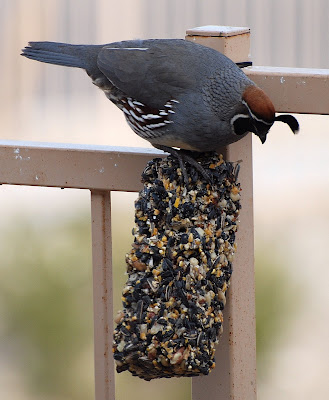 Later on the Gambel’s Quail decided to check it out, sooooo… 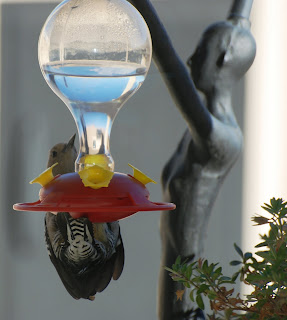 The Gilas decided to steal nectar instead! 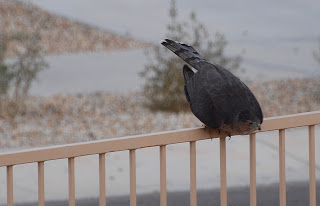 But then the Cooper’s got hungry and buzzed the feeders! 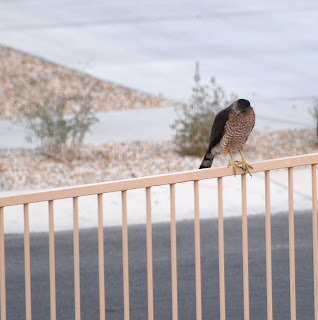 He wasn’t successful, so he just perched on the fence looking disgusted with himself.

A roadrunner stopped by looking for dinner, but he only stayed long enough for a photo shoot. 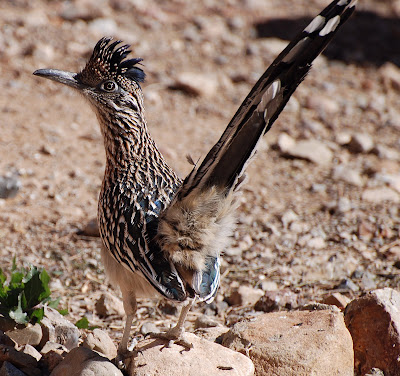 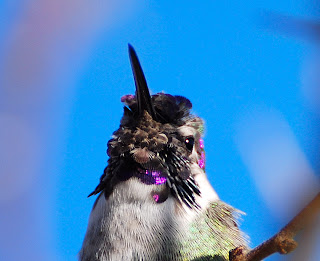 I think all the Costa’s hummingbirds are finished molting. They used to have a ragged appearance… 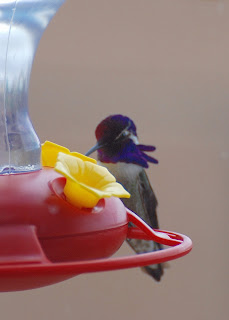 But now they are elegant gentlemen! 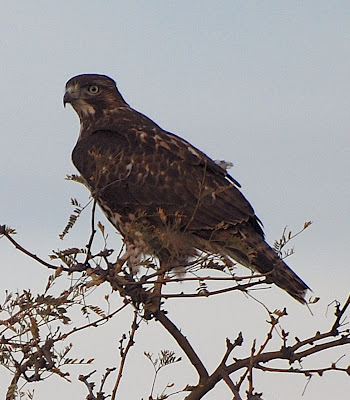 In pursuit of my “Big January” we visited Las Cienegas National Conservation Area Saturday night. We mostly saw raptors, including this Harland’s hawk which took hours of research to positively identify.

Sunday it rained all day. We tried to get a good photo of a vermillion flycatcher at Himmel Park in Tucson. We were a comedy team as I held the umbrella over Gus and the camera while he tried to get a shot. We got many but none were very good. We need a bigger lens or more patience and a sunny day! 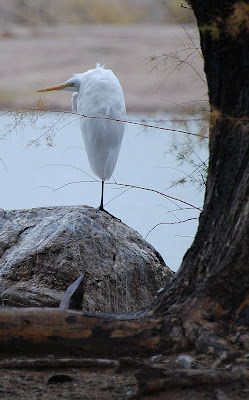 From there we travelled over to Christopher Columbus Park where I saw 35 species on my last visit. It had stopped raining when we arrived, but soon started up again and we had to leave, but not before Gus got a really nice photo of an egret and I counted 12 Lark Sparrows feeding in the ball field! 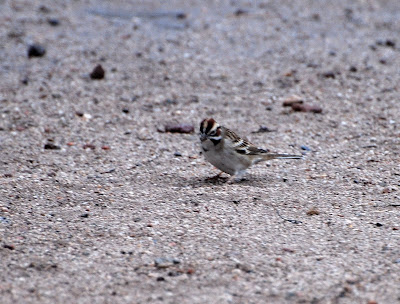 Ahhhhh! You have 70. I need to get out there! Good grief. I just love, love, love your bird shots. I don't see Quails, nor do I see hummingbirds until April. And a Road Runner, for goodness sakes. I need to keep coming back to see birds I might not ever see. Your photos are glorious.

Hi Kathie, you have such variety in your birds...love the quail and the hawk (laughed when you said he looked disgusted!!!)...never seen a Road Runner but my hubby has in Phoenix. Thanks for the link, we are linked together now in our quest for good nature and birding sites.

Thank you, Mary, so good to hear from you again! I'm up to 80 now. Just wait until you see what I saw! Having the new NikonD80 sure does help. Gus took some of the above photos and I took some. We both enjoy the camera.

Hi Island Rambles! Nice to hear from you again. I was so excited the first time I saw a road runner. I see them frequently now, but it's still exciting.

Holy smokes! you have been doing some serious birding but t sounds like you're enjoying it.-Excellent colorful pictures-meep meep!