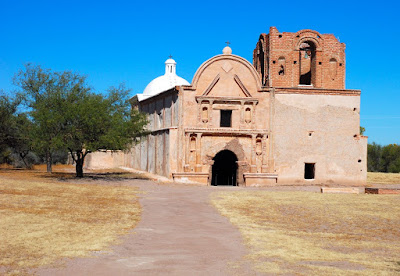 Tumacacori Mission 11-5-09 photo by Kathie Brown w/Nikon D80
(all photos click to enlarge)
The Tumacacori Mission is part of Tumacacori National Historic Park. Located approximately 35 miles south of Tucson, AZ, it is the location of the 1800 Mission of San Jose de Tumacacori. The current ruin is all that remains of a 150 year attempt to establish a permanent Mission in the area. First started by Father Kino and the Jesuits in 1691 on the east bank of the Santa Cruz River, the mission was later moved to the west bank. When the Jesuits priest were expelled from New Spain as it was called in 1767 the Franciscans took over and in 1800 start to build the current church. Its overall designed was scaled back twice and in the end it was never completed. In 1848 the war with Mexico, Apache raids and the hard winter all delt fatal blows to the mission. In December of that year the solders finally abandoned the fort and the final residents left. 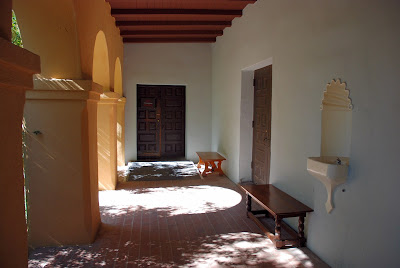 Entrance from the visitor center to the patio garden. 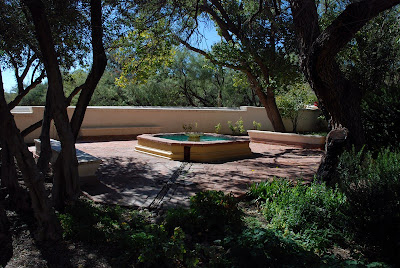 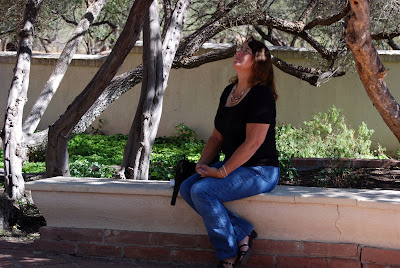 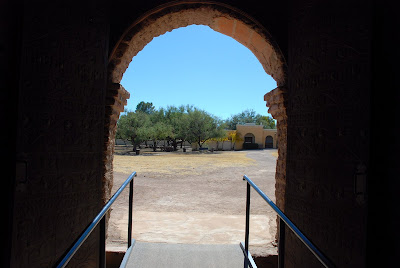 Looking back from inside the church towards the visitor's center. 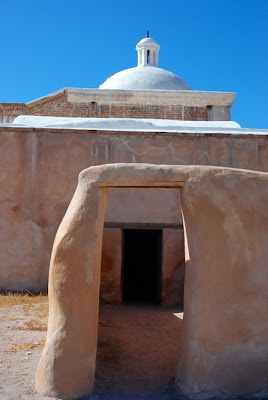 Exit from the Sacristy 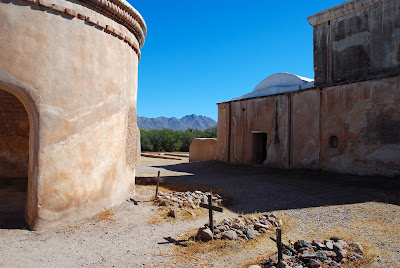 Mortuary chapel and graveyard behind the church. 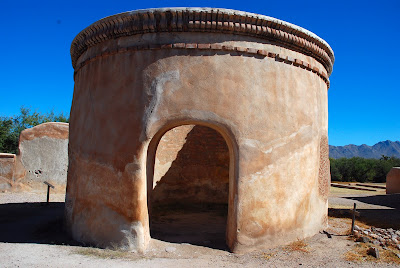 The unfinished mortuary chapel.
In the walled area around the Mortuary chapel many locals were buried. When the mission was abandoned this area was used to corral cattle and horses. The graves were trampled or destroyed by weather, grave robbers and treasure hunters. In the 20th century some local families started to use the graveyard once again. According to the Tumacacori Interpretive Guide, 593 burials were recorded between 1755-1825. People who moved into the area around 1900 came to know the area as "Campo Santo" or "Holy Ground." 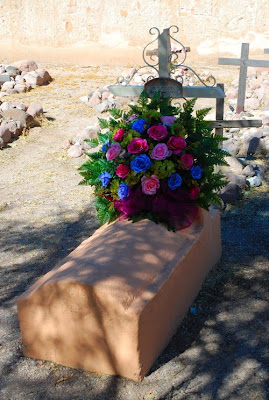 The last person ever buried at the mission... 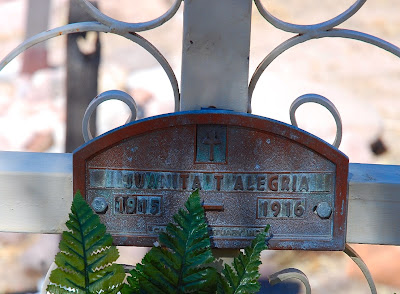 ...a little girl, Juanita T Alegria.
Her grave is maintained to this day and it is the only one that has been identified. 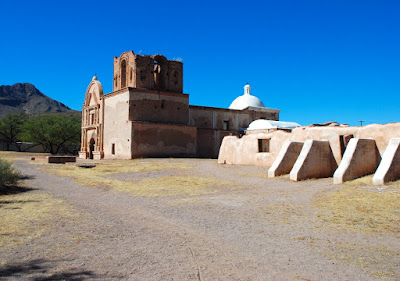 A view of the Mission and the convent from the east looking west. 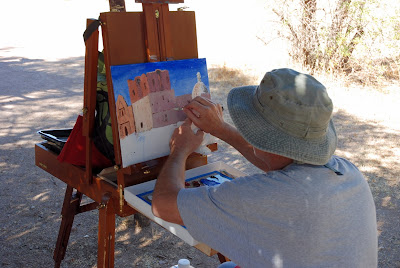 It is a view which inspires art.
Yes, there are birds at Tumacacori. I saw many species as soon as I entered the patio garden. I counted broad-billed hummingbirds, vermilion flycatchers, all sorts of sparrows and others. 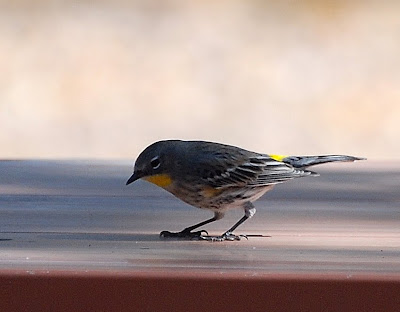 An Audubon's yellow-rumped warbler on a picnic table... 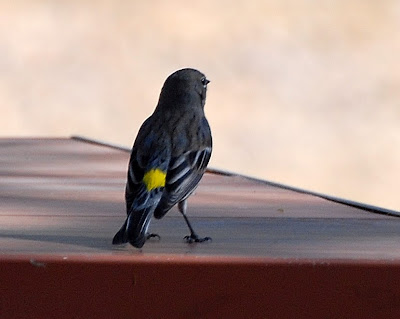 
...and that's MY World Tuesday
To see more photos from the Tumacacori Mission come back for the next posts:
Posted by Kathie Brown at 2:52 PM

What a marvelous old mission! And your photos are superb! I always love visiting those whenever I have an opportunity. Love the feel of history. And your birds are always delightful!

A nice old mission and a much bigger NM than I expected.

Gaelyn you should come see it!

What a beautiful place and a nice mission. I the garden area. Love the Yellow rump warbler too. Great shots and tour of the mission.

Oh, how gorgeous! And that cute little butter butt...!

Interesting history and beautiful scenery. The warbler was posing so nicely for you. I really would enjoy winters here!

What a photogenic place. And it looks warm which sounds so good right now!

Great tour, Kathie - I feel like I've been there. Not only are these old missions beautiful, their stories are intriguing. Looking forward to more photos.

What a beautiful little mission. Thanks for sharing about it. Love the warbler, too.

What a wonderfully tranquil spot and with such an amazing palette of colours I am not surprised that artists enjoy it.