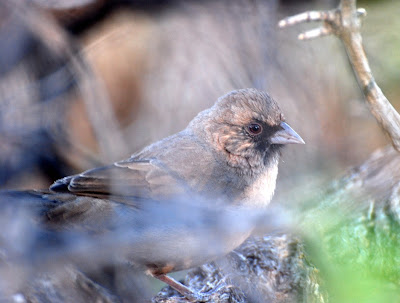 After stopping at the flooded fields to count birds we drove the short distance over the train tracks to the Rio Rico Pond. Before I even got out of the car I could see ducks peppering the pond surface. As usual, as soon as I opened the car door they all paddled off to the south end of the pond but I could still see them and count them. And while I was standing on the outside of the barbed wire fence this Abert's towhee flew right over next to me and the tree I was trying to hide behind! The Abert's towhee is distinguished by that bit of a black mask around its eyes and bill. They are usually spotted in the vicinity of water. Though I have seen them numerous times in Sabino Canyon, I have never seen on in Sycamore Canyon where I live and this is my first time seeing one in Rio Rico or Santa Cruz County! 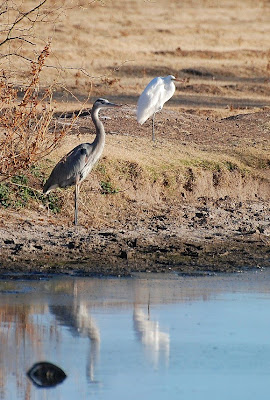 This report was generated automatically by eBird v2(http://ebird.org) 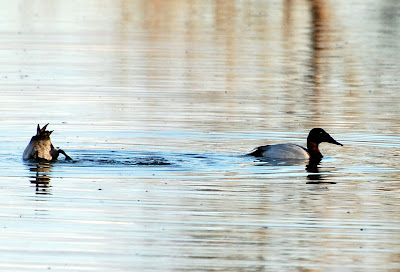 Cute little Towhee. Abert must have named quite a few animals in the SW.

Gaelyn, I guess he did!

Albert's Towhee must be an interesting bird because I've never heard of it or at least never noticed it in the field guide.Do you plan on trying to beat me again this year at the Big January game?

Larry, it is an interesting bird but I don't believe they are on the east coast. And Yes, I do plan on beating you in the Big January count. I was wondering if you were going to do it this year. I may get off to a late start because my grandkids are here until the 4th but you can bet I will try my best!