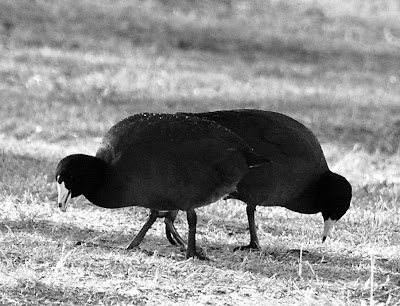 As many of you know, I have been competing in a Big January Bird Count with other Bird bloggers this month. Big January is when you count as many species of birds as you can see in your own state for the month of January. I participated last year after Larry of the Brownstone Birding Blog challenged me and other birders to a contest. I joined the game a bit late last year, but this year I hit the ground running on January first. This year I also know my state better and I knew where to look to find various species.

At the beginning of the month adding new birds to your count is always easier as even the familiar backyard birds are your first time for this year, but as the days and weeks pass the same species start showing up on your bird counts and the challenge becomes finding species that you haven’t already counted. I went at breakneck speed towards the beginning, but I have to confess, I sort of petered out near the end.

The weekend of January 24th and 25th I only went to Saguaro National Park West on Sunday. Though I counted birds there, they were all species I had already counted someplace else. I didn’t count any new birds the rest of the last week until Saturday, January 31st when Gus and I headed out for One Last Hurrah. I read on the Southeast Arizona Rare Bird Alert that the Elegant Trogon has been hanging out at Patagonia Lake State Park. I have never seen the Trogon, and so it would be a triumph to add it to my Life List as well as my Big January Count. We packed up our gear and headed down there to try to find the bird. What a great way to end the game, I thought, if only I could find it. Well, we not only did not find the trogon, but I did not count any new species of birds on the Birding Trail at the east end of the lake. However, just before we left, I asked Gus to stop at the beach area. I wanted to see if there was anything new or different there.

As I stood on the grassy beach with the blue lake reflecting sunlight like fractured glass a flock of Common Mergansers flew past in a line. There were 12 of them heading towards the west end of the lake. Then, two more flew back to the east. They were quite far out for a photo, but I attempted one anyway. Then, a lone duck came flying low and slow. This time I was ready with my camera. I focused and panned as it flew by. When it landed in the water I peered through my bins at a black and white duck with that unmistakable white cheek patch of a Common Golden Eye. 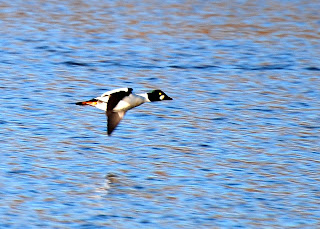 So, the Common Merganser and the Common Golden Eye make 108 and 109, Right? Not so fast she says.

First of all, when I counted the Pyrrhuloxia as number 107 the other day I was wrong. I kept wondering why it was not recording on my eBird list at the end when I lined up the data according to the dates. So, yesterday I arranged the data alphabetically and found out I HAD recorded this species of bird at the beginning of the month in Arivaca. So, that makes the count 108.

Now, for another adjustment: In recording the Black-throated Green Warbler I saw at Madera Canyon I have been corresponding with Rich Hoyer from eBird. Because this is my first sighting and because I don’t have any photos and I did not see the markings on its back and because a Hermit Warbler was also seen in the area around the same time, my Black-throated Green sighting is noted but not validated. Therefore I am removing it from my Big January list and putting it as unconfirmed on my life list. This is okay. I do not want to count a species of bird that I have not positively identified. I am sure I will get my chance again one day. As for eBird, they have to do this to maintain their quality of information. It is not a slight towards me or any other birder. In fact, it can make you feel more confident in the data they release.

So, with these two adjustments and the two new species my Big January count stands at 107 species! 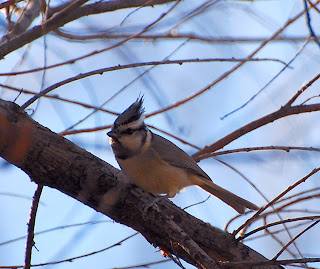 Now, I have two weeks to rest up before the Great Backyard Bird Count starts on Presidents Day weekend, February 13 through the 16th.

Anyone Else? Let me know and I will add you to the list!

Congratulations Kathie! This was great fun and I am learning where and how to look for certain birds. I does get easier. Someone asked me if I would be doing a February list. I haven't decided, but this month will bring a change as early migrants start to arrive and others leave.

I have to admire your energy and diligence in this. I would have given up long before the end of the month, I'm sure. It must have been fun.

You are doing a super job on your January list! I am so impressed! I love the pictures-they are just beautiful! I found out the Aloe problem- I posted about it just a bit ago- it is bad stuff!!!

Ruth, Thanks! You did a great job for living in the snowy north! I do continue to count birds throughout the year and enter those counts into ebird. eBird keeps track of my Month list, Year list and Life list. If I bird in a different state, it keeps track of my State Lists for the year and for life. It's a really wonderful program and I love it.

Bobbie, it was fun but I did get tired towards the end. I can't imagine people who continue for a Big Year!

Dee, Thanks. I'll have to come read about that aloe problem.

That Coot photo is great! Thanks for your offer to suggest birding sites in the Tucson area. I actually have looked on your blog many times and gotten ideas to pass on to my sister :-) We already have Madera Canyon on the list for this trip, I think, after I read about it on your blog. We do Sabino every year, because it is real close to where my sister lives. We arrive the 14th.

Mary, well, welcome! I hope you have a great time! How long will you be here?

I admire your diligence, too. And I so appreciate the education you provide me courtesy of your blog. You make me look again at the world aroud me.

Kathie, whew! You have been busy this month. One of these days you will spot that elegant trogon at Patagonia Lake. Did you see any green herons this time? I have really enjoyed your posts this month.

That bridled titmouse is sure a sweetie!

Sandy, I am amazed that I get you to look at the world around you in a new way since you seem to be so good at it yourself! Love your photos and your poems!

Kathryn, no, we didn't see any green herons this time. We didn't get that far. Gus' arms were hurting and we turned back. I hope you can come back again, though I think we should try someplace new this time, and we should relax a little more! (my fault, not yours!)

Deborah, don't you just love them! I miss seeing chickadees, but I guess these make up for it!

Kathie, you've done a fantastic job. I really commend your persistence and enthusiasm!

I intended to count also, but it got to be too much. I mean, there were birds knocking me over everywhere I went. I lost count after 150.

Seriously I was too busy and didn't have time to roam around the state. My best guesstimate is around 30.

I win the booby prize!

What an amazing area you live in Kathie! Your photos are wonderful.Where I am, it's cold with lots of snow, can you imagine that right now!

I posted a tufted titmouse on my birds blog that looks something like this but this is totally different in other ways. It must be native to your area which means it has more sense than the rest of us who live in this land of ice and snow. LOL

What a month you've had, Kathie! I really have to come visit your part of the country soon. I hope you'll help me find crackers like that Bridled Titmouse!

And thank you, you got my month tally right. Wait until you see how big February will be for me. Are we doing a Big February or was one month enough?

That elegant trogon is one tricky bird. I missed him on several trips, even though my friends spotted him while a few yards away from me. Good luck on future attempts.

Congratulations on the 107 but that just makes me realize how close I was! If only I had another day--maybe just maybe--Good job Kathie-I'll try again next year.I think the Strobels said 87 for January on one of their comments

I have enjoyed scrolling through your site. We are planning a trip into southern Arizona in early March. The desert seems so exotic to me.